One thing I love are graham crackers. I love them with some peanut butter on them. Some chocolate, whatever. They are just delicious. I have been eyeing my bag of mini marshmallows for the past few weeks and thought, well maybe I can make a s'more cookie. 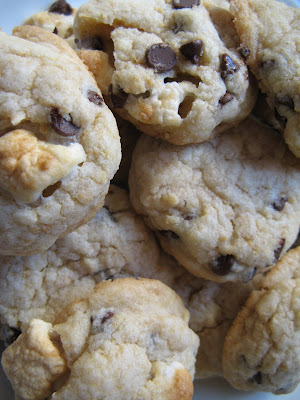 I found this recipe on Hershey's but instead of making bar cookies I made individual ones.

4. Bake 30 to 35 minutes or until lightly browned. Cool completely in pan on wire rack. Cut into bars. 16 bars.

So my adjustments are as follows:
I used mini chocolate chips in place of the bars
I used mini marshmallow's in place of the fluff
I made individual cookies instead of bars. Cooked for 12 mins at 350, cool on baking sheet for 5 minutes then remove.
I think the only thing I would change would be to add more graham crackers or more chunks.
Posted by Julie at 10:43 AM No comments:

2 things, but no pictures

I thought I would slide these two in between some picture posts.

I needed to make something spicy-you know-kick labor into gear & all. It was snowing on Sunday-again. So a soup sounded good. I was going to go a tortilla soup, but then I came across this chiptole pepper soup on Cara's blog. This was really good. I added more chicken broth b/c it didn't seem to make as much as I wanted.

Secondly, in my bored state, I made some sugar cookies. I used this recipe from Ms Nemmie over at Cast Sugar. I omitted the zest & just used vanilla. They were pretty crispy, but they kept their shape and I never have a sugar cookie keep its shape, so this will go into the Christmas cookie rotation.
Posted by Julie at 10:13 AM 1 comment:

I am still cooking and baking away. I need to occupy my time until Baby R decides to grace us with his presence. The good thing is that at least I am able to put some of this stuff in the freezer. 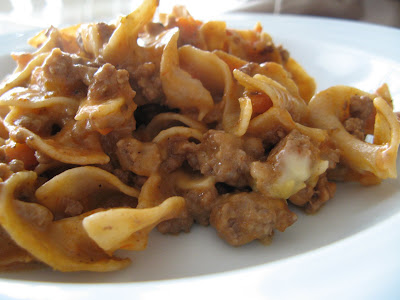 Place milk, flour, nutmeg, and remaining 1/2 teaspoon salt in a medium saucepan; stir with a whisk until blended. Cook over medium heat 2 minutes or until thickened, stirring constantly with a whisk. Add 1 cup cheese, stirring until smooth. Pour cheese mixture over pasta mixture; stir. Top evenly with remaining 1/2 cup cheese. Bake at 350° for 20 minutes or until lightly browned. Let stand 5 minutes before serving.

This was ok. It lacked some flavor-I don't know exactly what though. I think maybe I wanted some tomato chunks, but then it would have been more like an Italian bake.
Posted by Julie at 9:59 AM No comments:

I was looking for a nice casserole recipe for the hubs & I one night. I had all the meals planned for the week & wanted something easy. This was very easy. I have no clue where I got the recipe from, it was sitting in my recipe binder from 2004. 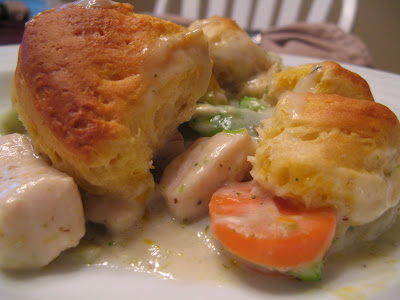 Mix soups, milk, thyme & pepper in a baking dish. Stir in veggies, chicken & potatoes.
Bake at 400F for about 15 minutes.
Stir the casserole, then top with biscuits. Bake for an additional 15 minutes or until the biscuits are brown.
Posted by Julie at 10:23 AM No comments:

Still here, counting down the days

Baby R isn't due until April 11, but I keep hoping he will make an early appearance. In the meantime, I am still cooking away. I did make a ton of freezer meals over the weekend, when we were snowed in. (Its SPRING mother nature!) All were recipes I have made before (mexican lasagna, chicken stroganoff & jambayla) I also stored some extra spaghetti sauce & chicken cacciatore in the freezer too. But hey, we also have to eat now right?

So while I am bored, I usually bake or cook. I made a loaf of the pumpkin cream cheese bread, and since I had about 1 cup of pumpkin left, I needed to find something else to use it in. I came across these pumpkin muffins on Smitten Kitchen. 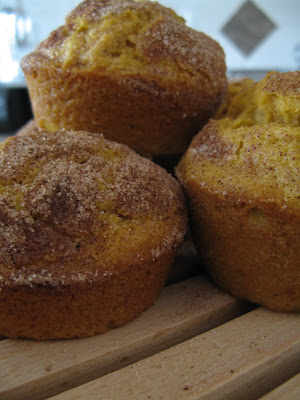 In a small separate bowl, stir together the cinnamon & sugar.

Divide batter in the muffin pans, then sprinkle the tops with the cinnamon sugar mixture. Bake until puffed & golden brown-about 25-30 minutes.
Posted by Julie at 9:16 AM No comments: 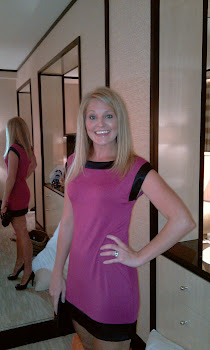 Julie
Kansas
I am a systems engineer with a love for cooking. Anything from a simple 5 ingredient dinner to a 5 course meal. I love the challenge of cooking. I am also an avid reader. See "What I am reading now" at the bottom of the page.

Why I started to blog about food...2010 version

Why am I blogging now? Well for one, I have more time, secondly, this is so much easier to look for recipes than to dig through my binders, cookbooks, print outs, etc...

My 1 1/2 yr old son loves to eat and really will try almost anything. I am going to work with this and encourage him to have an expansive palet when it comes to food.

Meals have changed a little bit, in that I dont get to spend an hour cooking every night. I do not have the luxury of eating at 7pm. You will see some quick meals, some make aheads, and definetly some baking. I have found I can bake after the munchkin goes to bed.

What I Am Reading Now